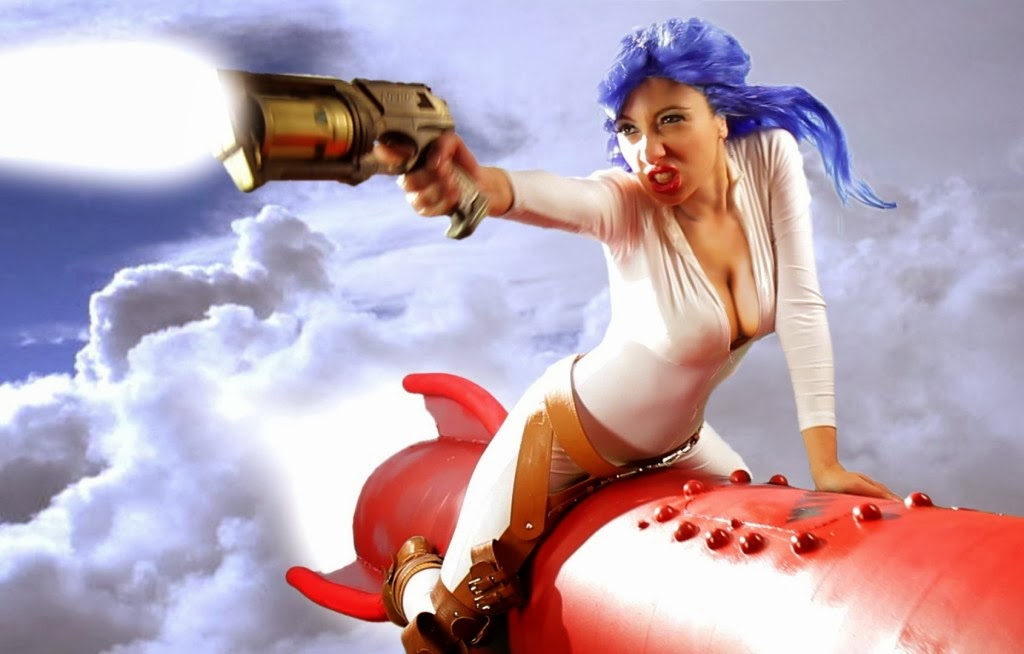 Coming at us with the biggest bang yet, sending shock waves across light years is Space Girl (aka Lauren Franscesca)! A rocket-fueled ride in a runaway universe causes g-force climax at liftoff; octopus aliens, a neurotic computer, stuffed animals in danger, and more are what's in store, with inertial trajectories perpetual. The galactic girl's adventures rival the best in Buck Rogers serials, adding fresh adventures to cosmic chaos; going where no one has gone before, she needs no man or crew. Our buxom beauty from beyond is a black hole of female force, a solar flare of fantasy, and a true Barbarella for the times. Will she save the scrunchy wunchy or choose, instead, the poop-eating Sluggulons, who, worse yet, eat their own poop! Yes! With Space Girl at the helm, poop eaters are protected, oversexed computers can be serviced, and disembodied heads can't rule the world. Captain Kirk, beam yourself up, and get out of the way! Space Girl is here, with ray gun six shooters and more! Let the countdown begin!

"Your guidance system is breaking down!" ~ Space Girl

"Well, maybe if you took some time to warm up my engines, instead of ramming the clutch and gunning it all the time!" ~ The Ship's On-Board Computer

In the first episode, Space Girl is under attack but her ship refuses to be abandoned!

See Space Girl's rocket-riding finale, in Episode 3! Will she save the Sluggulons?