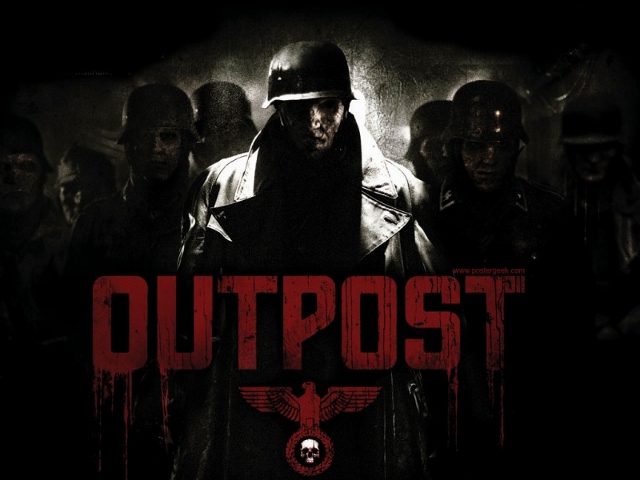 A veteran group of battle-hardened mercenaries are hired to lead a scientist into the remains of a World War II German bunker.  Little do they know, but the money couldn’t come close to the price they’ll pay for doing the job.  Inside the bunker are things no living human was meant to see or know, and these guys have had the bad luck of finding out.

I'm not giving you specifics about the nightmarish secrets and horrors within the bunker.  I don't want to spoil potential thrills for those who may watch this little-known gem of a terror tale.  I'll only say that the bad guys (or bad ghouls) in this movie are Nazi SS soldiers, and they’re also no less than superhuman SS zombies!  Yes, you read that right—superhuman SS zombies!  This movie has taken the SS to a new level of terror.  It's complete with secret SS super weapon experiments, creepy relic-filled bunkers, and fake, albeit realistic SS footage from the past.

Outpost is not without its flaws.  However, to me, they are very forgiveable. For one, the uniforms are not always exactly as they should be.  The Nazi zombies wear the black Allgemeine SS uniforms, although they likely shouldn't, but that's more sinister for the purposes.   For all you fans in-the-know about regulations of the period, this could be a distraction.  However, if you're like me, you won't mind at all.  Yes, after all, I'm never really bothered by technical inaccuracies in movies such as this.  We're not talking about Valkyrie here, or any such film about historical events.  This is all out war with the undead!  Creative license here, I think, is totally excusable. When it comes to war/horror movies, I'm just happy enough to even have such movies at all. 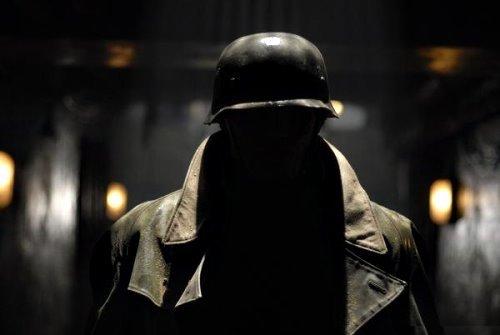 Outpost certainly holds its own as a unique and original war/horror tale that surprisingly exceeds its lower budget.  It effectively delivers everything we want from a movie of its type.  There's plenty of blood, lots of carnage, and no shortage of courageous albeit suicidally motivated soldiers.  Gore and violence are gratuitous, just as fans would expect.  If you have a taste for this niche of war/horror, then you’ll likely love this one.  It’s just a good thing that real bullets won’t kill the already dead.  If that were the case, we'd all be missing quite a lot of fun.  Be sure to watch Outpost.  Just don't take refuge there!