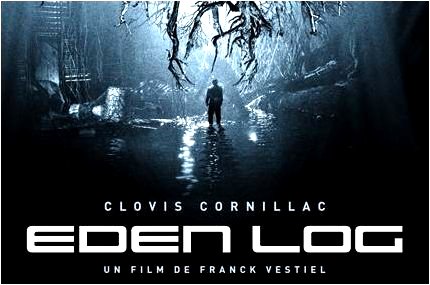 After reading reviews of Eden Log, and after seeing the movie myself, I agree that you either love it or hate it.  There is little room for a middle of the road reaction to this one.  As with so many others, it’s all about what you expect and appreciate from movies that break the mold of formula and predictability.  Science fiction, after all, should be held to some of the highest standards for mold breaking, since it has so much room to do so.  New worlds, new life forms, and new rules can be composted with the stroke of a pen (or the tap of a keyboard), and "ringing true" is not on the rubric for judgement.

I tend to be more in love with Eden Log for its uniqueness above all else.  In a world where everything has already been done, making the newest of movies a clichéd rehash of something seen before, this movie goes all out to avoid those pitfalls, becoming something refreshingly new.  Of course, the inescapable and limited themes (man vs. man, man vs. nature, man vs. himself, etc.) are there, but that’s where the familiarities end.

I must stress, however, that creating something avant gard (as this movie is) also involves a large amount of courage to create what can largely be disliked.  The director and writer of this movie, Franck Vestiel, had some serious courage, for sure.  Eden Log is incoherent much of the time, defying most attempts to make any sense of the plot through the better part of its running time.  However, any astute viewer will quickly realize that this movie is confusing by intention rather than by chance or failure.  The same viewer will also likely appreciate this as well.  Of course, I’m not suggesting that a movie can be good merely because it is confusing.  There is, I think, in this movie, order and meaning to be discovered, with enough patience and thought, within all the chaos and confusion.  Yes, from the very beginning, the viewer is offered a most unique puzzle to be solved.

The viewer is introduced to the main character in the pulsing bright light of an otherwise pitch-black cavern.  As for where this dark place is, no one can possibly know.  Even whether it’s on earth or elsewhere is not to be known.  As we watch the man emerge sluggishly from the mud and muck, we are, with flashing lights and confusion, about as disoriented as he is himself.  From there, the man attempts to learn who he is, just as we do, clumsily and often incorrectly connecting piecemeal clues found here and there.  Yes, this movie puts the viewer in the first person position, with virtually no objective views of anything.  All we see, hear, and experience are as subjective as that experienced by the main character.  He is pursued by mutant creatures of unknown origin, through endless passageways that mostly lead nowhere of importance.  Of course, I won’t go on with anything more; I wouldn’t want to spoil the charm of this movie for all those who may choose to see it.  Certainly that is the way this movie is best-watched anyway—without a single clue revealed by another viewer.  The not-knowing is what makes this movie so truly unique and effective.  Of course, some of the best movies leave much meaning to the mind of the viewer, instead of revealing everything there is to think and know.  Eden Log indeed plants many unique ideas in the mind of every individual who sees it. 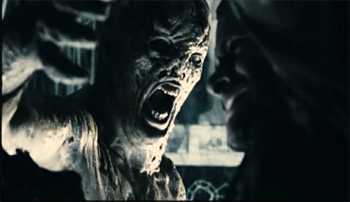 Eden Log could have been another monument to mediocrity, easily forgotten and lost amongst everything else of its kind.  It could have played it safe and been like a million other movies getting, at least consistently, more so-so reviews.  Instead, it dares to be different and transcends the muck.