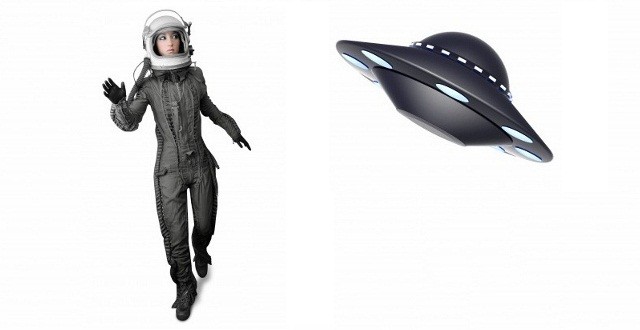 "Your supernova sunrise is just beyond the next event horizon." ~ Space Jockey Arisu

"I admire its purity.   A survivor…unclouded by conscience, remorse, or delusions of morality." ~ Ash, Alien

“...perfect organism…its structural integrity is matched only by its hostility.” ~ Ash, Alien

"I can't lie to you about your chances, but … you have my sympathies." ~ Ash, Alien

“Who’s going to believe a talking head? Get a job in a sideshow.” ~ Herbert West, Re-Animator

"Did they look like psychos? Is that what they looked like? They were vampires! Psychos do not explode when sunlight hits them. I don't give a **** how crazy they are!" ~ Seth, From Dusk till Dawn

"There's nothing funny about a clown in the moonlight." ~ Lon Chaney

"I think, no, no I am certain that you are the most unattractive man I have met in my entire life. In the short time that I have known you, you have demonstrated all of the loathsome characteristics of the male personality, AND even discovered a few new ones. You are physically repulsive, morally reprehensible, selfish, stupid, you have no taste, a lousy sense of humor, and you smell. You know, you're not even interesting enough to make me sick." ~ Cher, The Witches of Eastwick

"If I weren't who I am, I'd think you two were horrible people." ~ Alol, Farmhouse

"No tears, please. It's a waste of good suffering." ~ Pinhead, Hellraiser


“On the wild path ye fly, ‘tween, this world or the next. From the twilight realm, see o’er your perch, the trials of the living and the wake of the dead.” ~ Arthur, Wake Wood

“…and always, above all, leave them screaming.” ~ Walston Rey, Dark House


"Greetings, my friend. We are all interested in the future, for that is where you and I are going to spend the rest of our lives." ~ Criswell, Plan 9 from Outer Space

“I don’t want to spend the rest of my life in prison. I’d rather spend it in Hell, with you.” ~ Bret, Hellraiser: Hellseeker

“The trick, William Potter, is not minding that it hurts.” ~ Lawrence, Lawrence of Arabia

"A king has his reign, and then he dies.  It's inevitable." ~ Meredith Vickers, Prometheus

"It's Christmas, and I want to open my presents." ~ Charlie Holloway, Prometheus

"If you don't stop it, there won't be any home to go back to." ~ Dr. Elizabeth Shaw, Prometheus

"The world is sick, and we are the doctors." ~ Iron Sky

"We are haunted by sorrows we cannot name." ~ Æon Flux

“Though superstellar clusters and supergalactic winds may slow us down, they will never stop us!” ~ Space Jockey Arisu


“Creativity is like the universe–expanding, limitless, and beautiful!”
~ Space Jockey Arisu

"May your Space Jockey rocket travel to the farthest reaches of your imagination!” ~ Chris Rennirt