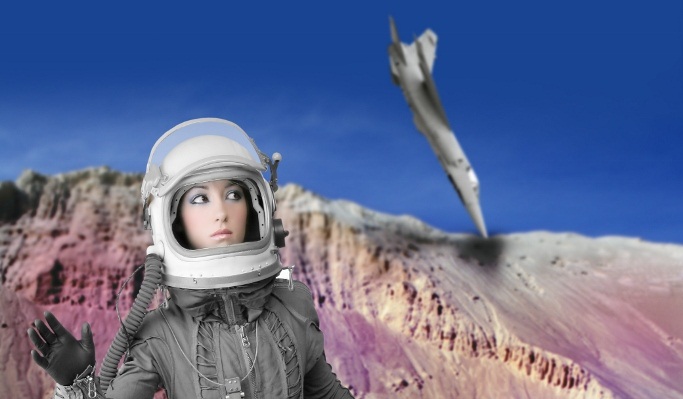 I have too often read reviews written by people who obviously do not like even the genre of the movie they are reviewing. This never happens more often than in the genres of horror and science fiction. There is more bias here than anywhere else. So, without surprise, I often see reviews that rip such movies to shreds more ferociously than even the villains in the movies they review. With such attitudes and published commentary, it’s nearly impossible to get a fair review; it’s just as impossible, sometimes, to find a review that appreciates the qualities a true fan would appreciate.How many times has a reviewer eviscerated a movie mainly because, it has, as they say, “gratuitous gore”?  How many times are they bashed for having what is thought to be “too much violence”?  Too many times is the simple, straight answer.  Yes, I know that sometimes “too much” is true; however, with many reviewers, too much criticism is the real problem.

It is for this reason largely that I decided to start my own website, reviewing such movies with the more objective evaluations they deserve. Another reason, just as large, is the fact that I love horror and science fiction movies. I watch them regularly, think about them during and after watching them, and, like many, have lots to say in the end. Sometimes, my thinking is not done, and my mission is not complete, until I’ve released the flood of ideas I have, on paper (or rather, on the computer screen).

It is easy for one to suspect that a fan such as I might have a bias, producing an equally unfair review. Yes, that is always possible with anyone; I won’t deny that. However, I do attempt, as part of my mission and purpose here, to review movies only with the fairness they deserve, considering their genre. I attempt to review them with the fan in mind, critiquing them with as much respect as any other true fan. In other words, you won’t see me reaming a horror film, because the monster is too much of a monster, or the killer is too violent or gratuitous. I will instead appreciate such things, within the make-believe filmland where they exist. I will never review such movies with the attitude that events in film necessarily transfer over into and corrupt the real world. That is a debate for another website. I won’t have it here, there, or wherever else you may see me. No, I don’t condone violence, gore, and mayhem in the real world, but I do enjoy a good slasher film, as much as any other fan. The bottom line is that I review movies with the fellow fan in mind, with none of the moral or politically correct hangups that otherwise much things up.

No, this does not mean that I give good reviews to movies that only deliver gore, gore, and more gore, with violence repeated as many times; it doesn’t mean that such movies may be devoid of qualities they should have—good cinematography, directing, acceptable acting, continuity, consistency, necessary realism (when appropriate), etc. Yes, I do consider all of these things when I review a movie. I also give movies the benefit of the doubt, the chance to recover, and the chance to prove they have accomplished something I’ve yet to understand. In other words, I don't go about it with a know-it-all attitude; I'm willing to reconsider, see things differently, and learn something new, when possible.

This brings me to another most important mission I have as a reviewer—to appreciate movies, equally so, on the basis of where they come from, be it Hollywood or someone’s backyard. As a producer and director of independent cinema myself, I understand that a movie is sometimes more than its budget, the size of its crew, the quality of its special effects, and even, sometimes, the acting. I will necessarily, and I believe just as fairly, critique such independent films with a different rubric. Hollywood, with all its resources, is simply capable of something very different than what might be produced by someone with a handheld camcorder, friends and relatives as actors, and makeshift, improvised props and special effects. My mission is to see such movies with the fair, albeit adjusted, perspective they deserve. Again, even these movies will not be allowed to dodge the basic elements mentioned earlier—cinematography, acting, etc. One movie in particular comes to mind, as I think of this. The movie is called I’ll Bury You Tomorrow. It’s an excellent low-budget, independent horror film with a great story, overflowing with everything true fans want. The acting is sometimes overdone or underdone, some scenes are grainy, special effects aren’t as real as Hollywood could do, but it’s a great movie. Some reviewers wouldn’t give this movie a chance beyond the opening credits, with the less than studio-tweaked sound and homemade title sequence. I say that such movies should be given, in all fairness, a pass on at least a few things with which they can’t compete.

My mission is also not to tell too much about the plot of a movie in my reviews. I realize that a review is not a summary. A review tells a general synopsis of the story, including various details here and there to analyze or discuss the particulars, but that is all. I always try to avoid revealing too much, so as to spoil an otherwise great future movie experience. I always write a review that I too would want to read. Too often, I have begun reading an otherwise good, well-written review, only to stop because I’m being told the whole story in the review. A review should discuss, along with the synopsis, in its scope of possibilities, some but not necessarily all of the following: quality of acting, special effects, cinematography, continuity, consistency, sound, music, lighting, and or any other such appropriate content. Of course, for the purposes of the genre and fans, I will also include the amount and quality of gore, violence, slashing, and mayhem, whenever they occur. I may also include anecdotes, personal stories, etc., only as they relate to the film itself.

In conclusion, I am a fan as much as most of the people who read my reviews. My mission is to review movies with as much honesty, enthusiasm, fairness, and insight as any fan would expect. Good luck in your movie-watching adventures, and, until next time, keep your eye on the sky and your feet on the ground. Mission control has now cleared all reviews for launch! Enjoy!