Vampires with a Swedish Nazi Twist! 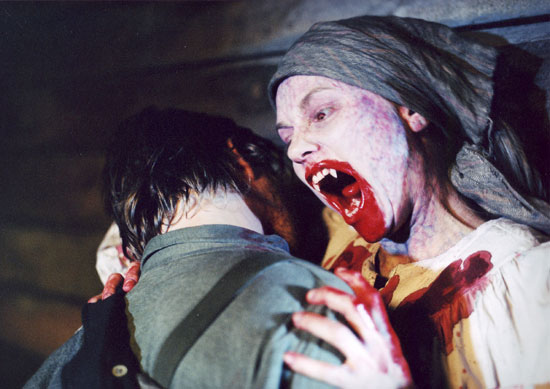 Frostbitten is a Swedish-made horror movie about vampires with a Nazi SS bloodline. Yes, you heard that right--Nazi SS vampires!  What a combination of the  most overdone villains in movie history, you think?  Well, wait!  This dynamic duo of darkness makes Frostbitten a refreshingly original entry in the annals of modern horror flicks. Topping off the originality is an ironic, but very effective black humor running from beginning to end.  A most sordid story of sanguine suckers, for sure!  If that's not some of the most vampiric alliteration you've ever heard, let me know!
Frostbitten is only in Swedish language, with optional English subtitles. So, if subtitles annoy you then, this one may not be for you, no matter what. If you don't mind reading the dialogue, you may find this one an entertaining and humorous gem of a lesser-known horror film.

For all you hard-core war/horror fans out there, Frostbitten just begins with a war-related scene. However, it's really quite a good one. From there, the war/SS theme runs throughout the movie and continues only as the basis for everything else.

About right now, you're probably wondering where and how the Nazi/war element weaves within this otherwise hardcore vampire yarn. Well, it begins at the very beginning. I'll just say that a group of SS soldiers are seeking shelter in a seemingly deserted, snow-covered cabin in the woods, when they find more than the Swedish army there to greet them. Inside, they fight an unwinnable battle with the undead, producing vampire lineage that survives long enough to star in the movie I'm reviewing here. An SS Officer is later the head of the clan, with all sorts of modern-day vampiric adventures. This movie is in the same vein (no pun intendend) as 30 Days of Night, dealing with a vampire party during a month-long period of natural darkness.

As I said earlier, Frostbitten has some very effective dark humor (which I love). There is a hilarious scene with a talking dog you have to see!  I won't even attempt to explain it, although it does make sense when it happens.  The acting and special effects are also quite good, keeping the movie better than it might be otherwise.

In the end, as promised, Frostbitten does circle back to the the SS soldier theme, with the heroine doing battle with the undead SS vampire fuhrer. It's all better than it sounds, believe it or not. This is one of those movies that only seems ridiculous when you're reading about it.

Trust me!  Frostbitten will take a serious bite out of most anyone who takes the time to experience it.  For some, that bite may be more enjoyable than expected.  So, expose yourself to the thrills, and get Frostbitten today! 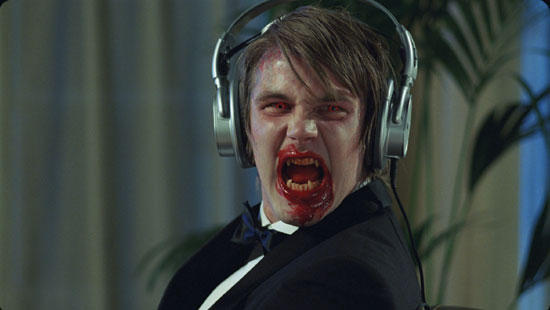