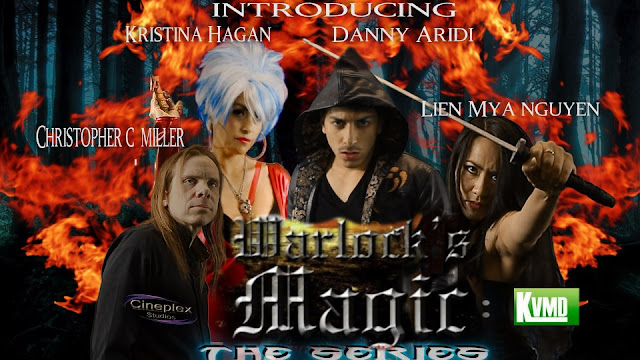 Wow! Space Jockey Reviews has rockets ready to launch with Warlock’s Magic: The Series! What’s it all about? It’s a live-action fantasy from the mega-creative mind of author Christopher C. Miller. For more to tantalize and tease, this quote from Christopher himself does it best:

“The story follows three heroes who live in a magical world ten thousand years before recorded history and how a random encounter could destroy that friendship.  It’s a world much different than the one that exists today–a world of magic, of mystery and of monsters. The reason why you’ve never heard of these places and stories is that they were lost to time. But they did happen, and this world was very real. [And] one battles the forces of evil in the name of justice.”

In the meantime, be sure to check out the trailer for Warlock’s Magic: The Series below. See, among other amazing things, Lien Mya Nguyen (aka Space Jockey Mya) kicking some serious warlock butt! Just be sure to dock your rocket ships first! (Viewing this and navigating at the same time is already illegal in 13 galaxies!) Also, stay tuned to Space Jockey Reviews for all the latest Warlock’s Magic info, news, and trailers! As always, SJR will take you there!