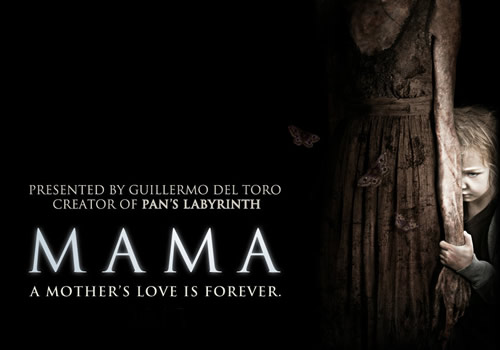 Back in May, Space Jockey Reviews featured and reviewed a spectacular short horror film called Mama. At the time, the word was that Guillermo del Toro was in negotiations to produce a full-length horror feature for Universal Pictures, based on the same short film. I am happy to say that now the word is known to be true. Guillermo del Toro himself (the master of surreal imagination) is indeed directing the film, and production is well underway.

To wet the mouths of all you hardcore horror junkies, we have the first teaser trailer that looks to be as intense (albeit in a big hollywood way) as the original short film by Andres and Barbara Muschietti. If Guillermo del Torro's production is anywhere near as scary as the short film, then it should also be one seriously hair-raising treat of a movie. This Space Jockey for one cannot wait to see it!


Like the short version, the feature film is about two girls on the run from a ghostly demon of a woman, monster, or both who seems (or wants) to be their mother.  As the word was before, the girls had been lost in the woods for several years, before being rescued and adopted out to a well-to-do suburban couple. However, their rescue is only temporary! With mother (or whatever it is) still wanting to tuck them in bed, things get scary as $%&# pretty fast! How much more creepy can this get?  With Guillermo del Toro in charge, I’d say a lot!  And with Guillermo's out-of-this-world ability to put surreal dreams to film, I'd say the visuals here will be as much of treat on their own.

The feature production stars Nikolaj Coster-Waldau, Megan Charpentier, Isabelle Nélisse, and Jessica Chastain. Jessica has also appeared in the award-winning drama The Help with Emma Stone, Viola Davis, and Octavia Spencer. The original short film stars Victoria Harris and Berta Ros. I cannot yet compare the performances of Megan Charpentier and Isabelle Nélisse as Victoria and Lilly to the performances of Victoria Harris and Berta Ros. However, I can say that the characters as portrayed by Victoria and Berta could not have been better, in the context of the short film. Only time will tell that, as well as how the movie itself compares to the short. Although longer is not always better, things do look promising here.

"When is the time?" you ask. It's January 18, 2013. Yes, it's a long time from now, but that could be good. Movies that are chucked out too fast can have problems due to being hurried. With nearly five more months to go, Mama has more than enough time  to grow into the biggest badass of a movie your horror-seeking self ever saw. For now, let's keep our nail-bitten, film-loving fingers crossed and hope for the best.

Below are a few more screen shots from the feature film! I won't explain anything, since the mystery makes it all the better anyway. 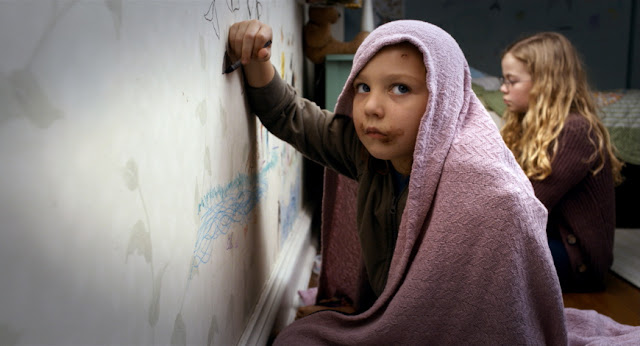 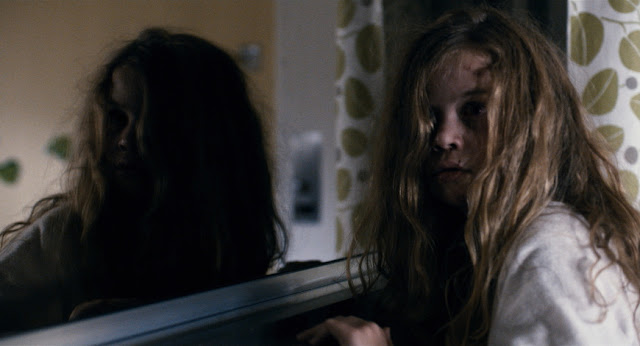 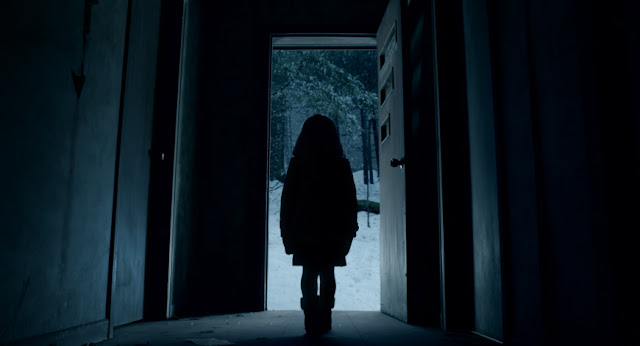 For your viewing pleasure (and to compare the two) here's the latest teaser trailer from Guillermo del Torro, followed by the original short film by Andres and Barbara Muschietti. Enjoy! Just have a clean pair of shorts on standby! EPOs and restraining orders be damned! Mama wants her babies back!

For updates about Mama, stay tuned to Space Jockey Reviews!

Check out the full review of the original short film Mama by clicking here!

First up is the teaser trailer for the feature-length film from Guillermo del Torro!