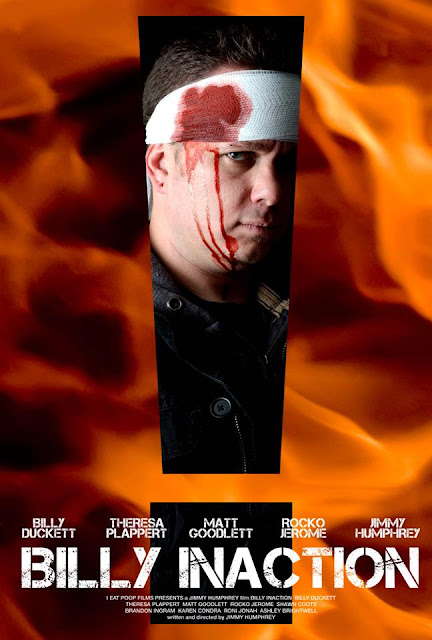 It’s part two of the the Billy Inaction cast interviews! This time around, we have the multi-talented writer, artist, and actor Matt Goodlett. In Billy Inaction, Matt plays the part of Jeff Brisco; in real life, Matt is a character himself with many facets, many of which he reveals right here in this exclusive interview on Space Jockey Reviews! Matt’s inspiring words of wisdom, experience, and aspiration make this an interview not to miss!

1. How did you get into acting?

It was an accident really. When I was in high school I signed up for a typing class. They accidentally put me in option 2000 instead, which was some kind of modern day wood shop. I think they thought since it involved computers it was pretty much the same thing as typing. Anyhow, when I went to opt out all that was open was drama, so I took it.

I remember the teacher, Ms. Bishop whom I eventually came to love, but she grilled me my first day. She wanted to know why I wanted to take her class. I couldn’t very well tell her that it was all that was open. I made up some stuff, about how I wanted to express myself more than just with visual art, which I was very into at the time. I don’t know if she bought it or not but I was in. I really grew to love the class.

That year I auditioned for Rosencrantz and Guildenstern are Dead. It was my first time auditioning for anything, so I didn’t think I would get cast. I don’t know how but I actually got the part of Claudius, King of Denmark. It wasn’t a big part, but it was a part. I loved it, being on stage, getting the reaction from the crowd. From then on I was hooked. 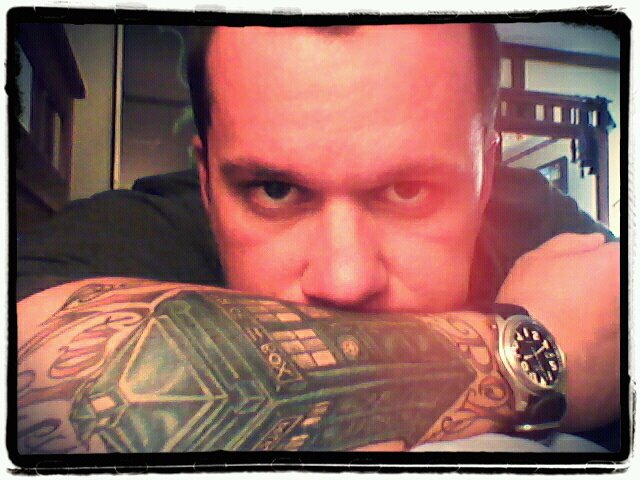 2. Who are some of your influences or role models?


First and foremost, Miss Nan Bishop my high-school drama teacher. She really pushed us to open ourselves up and realize that when you are playing a character that you have to let go of yourself and be that person you are trying to breathe life into. She also used to drill into us to do our research, otherwise you are just pretending.

As far as picking actors that have inspired me, I don’t know. I mean I really like Jeff Bridges, Brad Pitt, Tim Robins, Timothy Olyphant, Daniel Day Lewis, Jack Nicholson, the list goes on. The thing with actors as influence is they are fallible. They make mistakes, they pick bad scripts, they do crappy movies. Look at Deniro in Meet the Fockers.

I guess what I am trying to say is I am more influenced by movies. Movies are a moment in time that can’t be changed, well, unless you are George Lucas.

For example, One Flew Over the Cuckoos Nest, The Big Lebowski, Cradle Will Rock, Ferris Bueler’s Day Off, Back To the Future, There Will Be Blood, Amelie, Fight Club, etc. I have been influenced more by movies than actors. I always just wanted to be a part of them, to be in something that people could watch over and over again and enjoy.


This feels like a loaded question. I mean the movie took 3 years (give or take) to film, maybe even 4, I don’t know. With that said, it is supposed to take place in one day. My character looks like he has had a rough day, because throughout filming I lost 90lbs. Luckily, all of my scenes were shot in order, so It just looks as the day goes on he gets smaller. I mean I started to look like a little kid wearing his dad’s suit. Obviously, costuming had to change, and we had to figure out how that was going to happen. I’m not going to give that away, but he goes from a suit to street clothes, and looking more beat up.

When you film with Jimmy there aren’t really any rules; actually you better be willing and ready to break a few. One instance that sticks out was filming at U of L. Of course we didn’t get permits or ask permission we just did it. I had a bloody bandage on my head and a very realistic gun held on my back-seat passenger when the police came up and knocked on my car window. I don’t think he saw the gun because he didn’t draw his, but he was very concerned about my “injury”. Anyhow, we talked to him and told him what we were doing. He was cool about it, but told us to beat it. I was able to talk to the officer, and he let us continue filming. Not all cops are bad, I guess.

4. You also wrote and starred in a short film called Sisyphus and the Rose (featured here on Space Jockey Reviews). Tell us about that.

Sisyphus and the Rose was a very personal piece. I wanted it to be ambiguous though. Without genre, and without a defined ending. I wanted the audience to draw their own conclusion; that way everyone would have a different experience. I have had people tell me it is a horror story, I have been told it is a great love story, etc. None of them are wrong either. It is as you interpret it. I learned a lot in writing and filming it.

When you are writing something like that you have to hold on to the truth, play it out and don’t change it because it may make you uncomfortable. It didn’t hurt that I surrounded myself with very talented and capable people. Jimmy directed it, and I can’t thank him enough for helping me bring it to life. Then, Dennis Stein came in with his score and pulled it all together.

I also had and amazing co-star in Casandre Elyse Medel. Like I said before, it was a very personal piece for me and I had to really put a lot of trust in her. Casandre really brought life to the character and made me feel a lot more comfortable in just letting loose. She was nothing if not professional and blew me away in every scene we shared. Matching her performance was impossible, but I tried.

Luna was also great to work with. Her part wasn’t big, but the short would not have worked without her. She was so gracious and willing to be a part of it. I want to work with them all again at some point, it was very rewarding.


My resume is all over the place. I have done theater, small film, stage managed, written for stage, and for film, done make up, directed. There are a few different things you can catch me in online. I worked with Anti-Villain for a while and we did some shorts. There was IMatch, which is on YouTube and Tweet Tweet which I don’t think ever saw the light of day… yet. Anti-Villain also did the 48hrfp. Our piece was called Science Fair. I like to think it was pretty good, I mean we did make the top ten, for what that is worth.

I have also worked on the old cable access IEatPoop stuff, too. I could list a lot of stuff here that no one would care about and they would just stop reading, so I will leave it at that.

6. What are you currently working on?


Right now I am working on writing my next piece for Birds of a Feather Films. I want it to be totally different from Sisyphus and the Rose. It is really just about finding the time to do it.

I am also going to be working with Casandre Elyse Medel on her Freak of Nature web series. I am going to be playing a cop and she is letting me come up with his back story, and helping fit him into the story line that has already been set in motion. It should be really cool.

In the first episode it is just her, no lines at all. She acts the whole thing with her body language, and with her facial expressions, and she is fantastic. It is the reason I cast her in Sisyphus and the Rose.

7. What are your long-term goals?


If you are talking about acting, which I am going to assume you are, I just want to do things that I can be proud of. I don’t really have any aspirations to move to Hollywood or anything crazy like that. I want to continue writing and creating. I love doing shorts, but maybe I will write a feature. I don’t know. I am just going to go with the flow.


If you really believe in something don’t let people make you second guess yourself, and never give up on what you love. That about covers it.

Check out Matt Goodlett below in iMatch! (Co-starring Bekah Beran)

To see the review of Matt Goodlett's film Sisyphus and the Rose, click here!