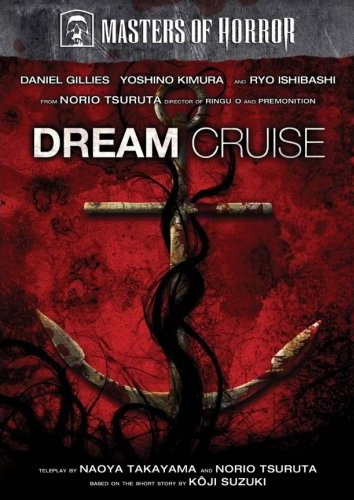 If a man is scared to death of water, he should probably stay out of the ocean.  If he’s scared to death of water, and he’s having an affair with a woman, he should probably not get on a boat with the woman and her husband.  If he’s already been seeing ghosts in the water, it’s a no brainer!  Of course, if people had so much sense, we wouldn’t have good horror movies like Dream Cruise, would we?  Besides, in a horror film, the worst is likely the best anyway.

Hold on!  Drop your anchor right there!  Dream Cruise gives this otherwise dumb, asking-for-death American a smart reason to do a dumb thing he does.  Yes, it does give the water-phobic Yank a good excuse to get on a boat with his girlfriend and her husband.  Yes, you heard that right!  The man does have a job-related reason compelling him to appease the husband, regardless of his fears.  No, Dream Cruise never really becomes one of the dime-a-dozen dumb victim flicks it could have been, even for those who don’t mind.  It flirts with the chances, but dodges the kiss-of-death cliché.  Dream Cruise instead becomes one of the more memorable in the string (or rather big fat rope) of J-horror movies produced lately.

Wait just a minute!  Let’s back up again, before you get too excited.  Are you already tired of those long-haired Japanese ghost girls?  Are you tired of those putrefied messes of contorting flesh, crawling and convulsing out of TVs and other unlikely portals from hell?  If you are, then Dream Cruise may, again, not be for you.  It may instead be only as memorable as everything else like it.  However, I say that Dream Cruise offers up another welcome dish of undead hors d'oeuvres, for the connoseur of supernatural cinema.

Dream Cruise is the story of that dangerously adulterous couple I mentioned earlier—Jack and Yuri.  Jack is an American lawyer in Tokyo who has unexpectedly fallen in love with Yuri, the wife of a most valued client.  Feeling uncomfortable with his new emotions, Jack is reluctant to see Yuri again.  He has no idea what other far worse reasons he has to stay shorebound.  This brings us to another of the ways Jack avoids looking like the typical dumb victim.  He really has no idea how weird and dangerous things are about to get.  Yuri, although she seems to know more, doesn’t mind taking her chances to get what she wants.  Even the worst they could all imagine is no match for what’s to come!

This reminds me of something else worth mentioning about Dream Cruise—at least for those who may care.  No one in the movie is particularly likeable.  This isn’t necessarily a bad thing at all; it’s just a fact that affects our ability to identify with the characters in a way that makes us care about any of them.  Throughout the movie, I wasn’t throwing out a life boat, no matter how close anyone came to death.  They were all doing bad things, at varying depths (no pun intended), and seemed to pretty much deserve whatever they got.  Jack and Yuri are having an affair, and Eiji, Yuri’s husband, has good motives to be pissed and make fish bait of them all.  It’s just that no matter how pissed Eiji gets, he can’t get supernatural pissed.  In another movie, Eiji might be the top bad boy, but not here.

The setting for most of Dream Cruise is on Eiji’s boat, named Yuri, of course named after his wife.  He calls her his “treasure” and starts to act too weird for me even before they get on the boat.  I was about to call Jack stupid for sure at this point, until I remembered that I, unlike Jack, knew that Dream Cruise is a horror movie. 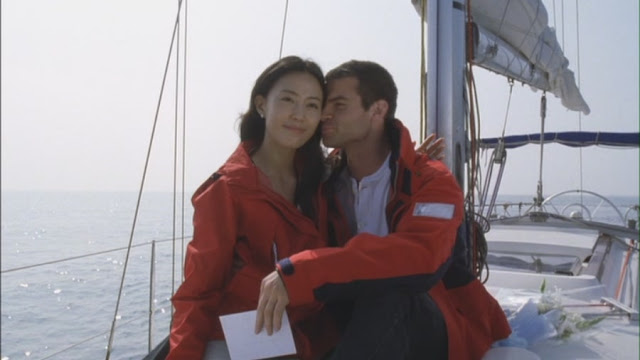 Once on the boat, things get progressively creepy as Dream Cruise delivers a host of gory goodies for all you junkies out there.  People get impaled, limbs get severed (and live on to seek revenge), and reality may or may not be what it seems.  Yes, as Poe said himself, “All that we see or seem is but a dream within in dream.”  At times, we think that Dream Cruise may instead be a Dream Cruise within a Dream Cruise.  Is it?  I’m not about to tell.  You’ll have to set sail yourself to discover that.

Amongst all the mayhem and serious scares, there’s also an odd line of double entendre humor that hits the spot.  It comes out of nowhere, during a scene paying homage to Evil Dead whether planned or not.  I won’t tell you what it is, as I wouldn’t want to spoil the fun when it happens.  Let’s just say it involves a couple of disembodied arms and another body in need of help.  Imagine that!

The acting in Dream Cruise is a mixed bag, seeming a little sub-par early on.  That’s mostly due to the performance of Ryo Ishibashi who plays Eiji.  I guess I could best describe it as overacting, even for the part of a psycho.  However, since overacting psycho is probably an oxymoron, I could stand corrected.  Daniel Gilies, who plays Jack, seems almost too monotone and calm at times, but I guess we could write that off as his personality—maybe.  However, he does get loud more than a few times when the excrementals hit the fan later.  Yoshino Kimura also does well enough in her role as Yuri, especially playing the more difficult emotional role she has.

The special effects in Dream Cruise were excellent!  The Japanese ghost woman was as good as Japanese ghost women get.  She even moved with a creepy slow motion, as if underwater, in a shroud of, yes, you guessed it…water!  Again, if you like this sort of thing, there’s just enough originality here, I think, to make this decomposing damsel stand out.  Bad special effects usually amount to me seeing things I think I could do myself.  None of that happened here. 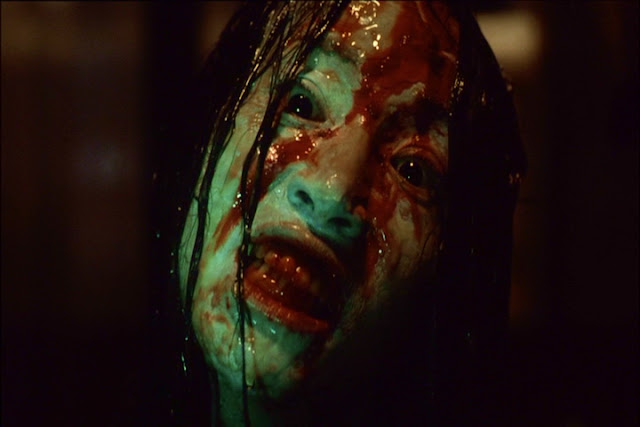 Dream Cruise was directed by Norio Tsuruta, who also directed the better known movie Premonition, and the series Tales of Terror from Tokyo and All Over Japan.  Dream Cruise is another episode in the Masters of Horror series, originally produced for the Showtime cable network.  However, it’s not the typical 60 minute running time printed on the DVD case.  There’s an extra 30 minutes that comes from nowhere much like a ghost story itself, making it a full-length movie instead.  Often, extra time in serial shows comes off as filler that could have been left out.  However, Dream Cruise never made me feel that I was traveling more than the necessary nautical miles.  If anything, I’d say it could have taken a few more miles to “flesh” the story out just a bit (no pun intended again).  At times, there was a bit of a rushed feeling about it.  No, “bare bones” is not what I was thinking! 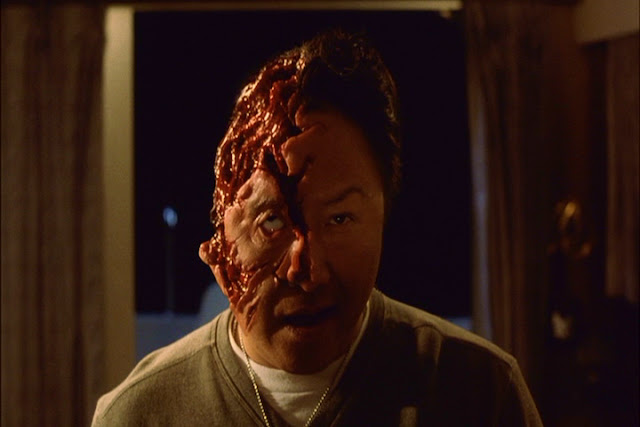 Dream Cruise could have been more appropriately called Nightmare Cruise.  Or, is it possible that, in the end, Dream Cruise wasn’t as much of a nightmare as it seemed?  Is it possible that it really was more of a dream after all?  Well, don’t expect any clues from me.  I’m not about to wash away the fun you’ll have finding out yourself.

As I dock this seafaring review, I’ll add only one rung of caution.  Don’t board this boat, unless you have a fetish for Japanese ghost women who do much the same as they always do—crawl wet, evil, and spastic, hell-bent on killing someone who probably deserves it.  If you enjoy reliving such nightmares, this one may just keep your gore-going boat afloat.  Whether it’s bon voyage or ship’s ashore, you have been warned!  Take the Dream Cruise, only if you know where you’re going.