BELPHEGOR: PHANTOM OF THE LOUVRE 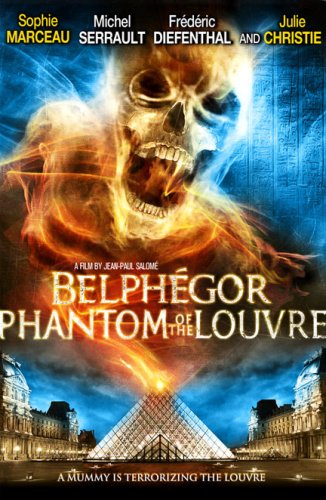 An Egyptian sarcophagus is found hidden in the back of a large storage room at the Louvre. As experts begin their examination of the remains within, strange events begin to plague the museum and the surrounding neighborhood. Stories of a phantom stalking the premises at night abound, ancient Egyptian artifacts disappear, and people die. Meanwhile across the street from the legendary landmark a beautiful young woman named Lisa (Sophie Marceau) begins to hear strange voices and hallucinate. Are these events connected and, if so, what does any of this have to do with the unidentified corpse within the sarcophagus?

In numerous reviews, I've read about this movie not being "scary" as some think it should be. The fact is, like it or not, that this movie is not meant to be scary in any serious way.  It reminds me of another in the vein of the more recent Mummy films Hollywood has pumped out—those with more than the usual amount of CGI effects and more humorous than scary.  Even the dialogue and other situations rather quickly give this movie an intentional and rather comedic tone, as well.  Very often opportunities to heighten potential scare are purposely undercut by a humorous situation occurring simultaneously.  For example, the bedroom scene with the inspector and the curator coinciding with the appearance of the phantom elsewhere in the museum is an obvious attempt at humor.  Yes, too many people, I think, critique this movie on what they want it to be, rather than what it is and what it is meant to be.  If you take it for what it is, it's really a pretty entertaining and well-acted movie, with a sizeable amount of effective humor, and, oh yes, a mummy/phantom, as well. 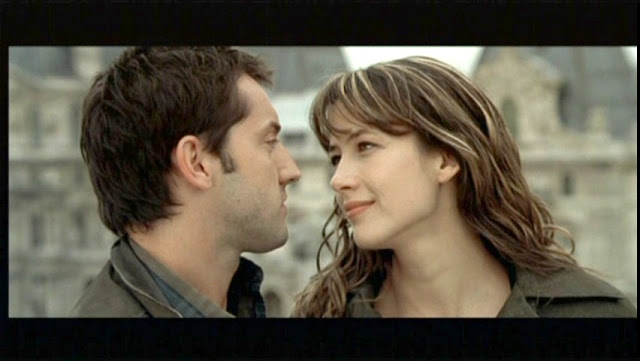 Speaking of acting, that is one of the things that keeps this movie together, despite other things attempting to pull it apart.  The acting by all main characters (specifically the beautiful Sophie Marceau) is top-notch and better than what one typically sees in such films.  The excellent soundtrack also keeps the movie from being less than it would be otherwise.  The soundtrack is very Egyptian, with a hint of foreboding doom about it.  That keeps the viewer from getting too convinced that the phantom is less than dangerous.  It also keeps reminding the viewer, very subtly, that it really is a horror movie after all.
Others have criticized the phantom in this movie for moving too much like a human and not like a phantom.  Some have said that such movement for a phantom is "ridiculous" and a sign of a low budget.  Well, let's not forget that this is a human being used by a phantom to accomplish its mission on earth.  So, on the basis of that alone (the rules which the movie creates for itself), let's not expect more than we should—or more than is realistic under the circumstances.  To the contrary, I would actually consider it "ridiculous" to have a human, as it is, moving like a phantom.

All in all, I enjoyed Belphegor, but I don't necessarily recommend it to anyone.  The CGI effects are so-so, and I know some will still judge it on the basis of how "scary" it is.  Again, if you do that, then you're certainly asking for disappointment.  On the other hand, if you watch it with an ability to see and enjoy the humor, then I think you will, like me, be pleased enough that you did.