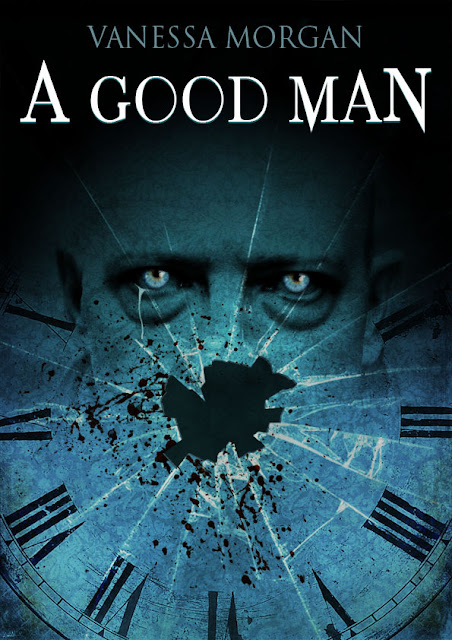 VANESSA MORGAN, author of Drowned Sorrow and The Strangers Outside, has just released her latest screenplay – A Good Man.  If you like Dexter and American Psycho, chances are you will love A Good Man. Louis Caron is a good man – vegetarian, he feeds the homeless, takes care of animals and is concerned with the ecological future of the planet. But his altruism has a sinister edge – he’s a vampire – and local detective Taglioni is becoming increasingly suspicious. Louis’ attempt to escape the police will take him on a journey into his own private hell where he is not only forced to confront his worst fears, but also to destroy the lives of those he cares about most.

A Good Man is currently in pre-production with Radowski Films!  I really look forward to seeing on the big screen.  With Vanessa’s talent as a writer, and her creative vision, I have great expectations for the movie.  A full review is already scheduled on the Space Jockey launch pad.  Stay tuned for more details and updates about A Good Man.  I’ll be sure to keep you posted! 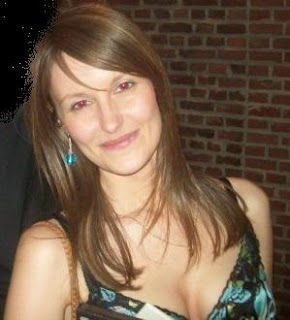 “When Vanessa Morgan’s first novel of supernatural suspense, Drowned Sorrow, came out in 2009, critics all over the world praised her as the ‘female version of Stephen King’. In 2010 followed a short YA story: The Strangers Outside. Both books quickly became Amazon bestsellers and are currently being turned into movies.

Suko’s Notebook called her writing “Everything horror fiction should be: creepy, scary, suspenseful, and yet also touching”, horror director Lucky McKee said Vanessa is “a startling new voice in horror,” and author Scott Nicholson has hailed her as a “talent of pacing and spookiness”.

Vanessa Morgan was born May 24, 1975 in Vilvoorde, Belgium. She graduated from Vrije Universiteit Brussel, and she first worked as a freelance journalist, a language teacher and a pet supply store manager, before becoming a full-time writer. Her native language is Dutch, but she loves to write in other languages such as English and French.

Vanessa Morgan lives in Brussels, Belgium, where she is currently at work on a comic book series starring her beloved cat Avalon.”  Check out her website for the Avalon comic book series at avalon-lion.blogspot.com.

Here’s what people are saying about Vanessa:

“A startling new voice in horror” – Lucky McKee, director of May and The Woods

“Vanessa Morgan has the gift of pacing and spookiness” – Scott Nicholson, author of They Hunger and The Farm

“The scariest story of the year” – Sword and Magic

Well, that sure is a lot of good stuff said about Vanessa and her talents as a writer!  If possible, I’ll be interviewing her in the future to find out what interesting things she has to say.  Besides, I have more than a few good questions to ask, as well!

In the meantime visit Vanessa’s superstellar website at vanessa-morgan.blogspot.com and check out her other books below: 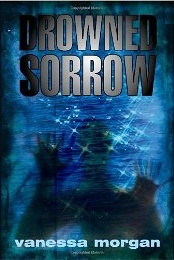 
Megan Blackwood has lost her son in a terrible accident. Now she has come to Moonlight Creek with her teenage daughter Jenna, hoping that a change of scenery might help to put her life back together. But something odd is happening in Moonlight Creek. Something that has given water a life of its own so that it can now move, think… and kill. When Megan realizes that her daughter’s life is in danger, it might already be too late. 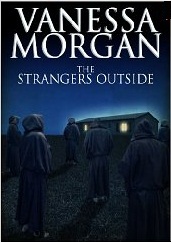 
Two sisters, Jennifer and Louise, return to their remote holiday cottage after a day at the seaside. But little do they know they’re being surrounded. Soon after their arrival the girls will come face to face with THE STRANGERS OUTSIDE. When the assailants make their intentions known, things take a shockingly terrible turn and an intense battle for survival will begin.

Visit Vanessa’s Facebook page by clicking here!
Posted by Unknown at 10:57 AM