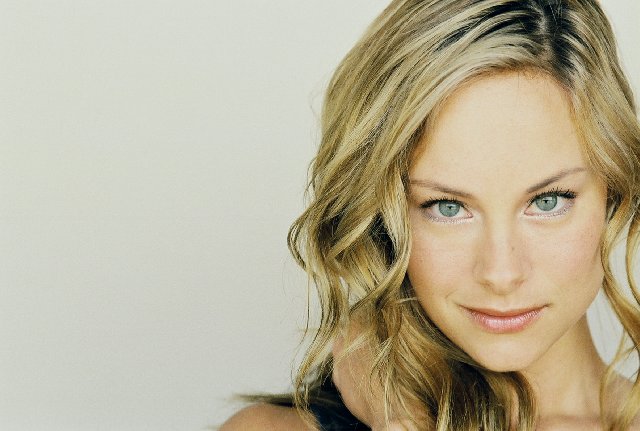 Alyshia Ochse is at the top of my list of favorite actresses.  Her rocket-fueled performance in The Guest—featured here on Space Jockey Reviews—is all I need to show anyone the reasons.  Alyshia plays her role in the most natural way, fooling even our right brain into the fiction we’re watching.  As Dana—the temporary hostage in The Guest—Alyshia’s performance is flawless, showing a range of character and emotions that make the film the success it is.  She transforms a scared and vulnerable girl next door into a crazed killer, with all the malevolence and ill will in the best femme fatales out there!  What’s more is that Alyshia does this all in just over 14 minutes!  The meek and tearful Dana becomes cold and calculating, with a psycho smile making the cliché unique.  For this performance, Alyshia has my nomination for a short-film Oscar!

Even the best special effects, directing, cinematography and the rest, without Alyshia, would leave The Guest lacking—like a guest without a host.  Alyshia’s line “…don’t worry.  It’ll only hurt for a second,” is one I’ve already added to the list of Space Jockey Reviews’ favorite horror movie quotes. Hearing her say that alone is a must for horror fans; just make sure you’re under a cover or two when you do; it’s chilling regardless of the season! My Space Jockey helmet is officially off, saluting Alyshia Ochse as one out-of-this-world leading lady in a short horror film—and, trust me, this Space Jockey has seen quite a few!

Alyshia’s acting resumé includes a long list of other features—all of which showcase her standout talent as an actress.  She is, perhaps, best known for her role as Irina Cassadine in the soap opera General Hospital.  For Alyshia’s complete filmography, check her IMDB page by clicking here. Alyshia also has her own film production company called S.L. Productions.  I look forward to seeing what else she may produce—another horror film possibly?  I’ll just keep my fingers crossed for that! If you haven’t seen The Guest yet, watch it below!  VIEWER DISCRETION IS ADVISED!

In Alyshia’s most recent role, she plays Trish Garrety in Stash House—a new movie also starring Dolf Lundgren, Briana Evigan, Sean Faris, and Jon Huertas. It’s about a couple who find illegal drugs stashed in the walls of their newly-bought dream home. Soon, they discover that the house is hiding more than drugs! Hmmm. I wonder what that could be? I’m not telling, no matter how many gun-wielding, revenge-hungry guys you send after me. Besides, I don’t know anyway. In the meantime, check out the trailer below, and make plans to see the movie!

For an in-depth and very interesting interview with Alyshia Ochse on Dread Central, click here! To visit Alyshia’s Facebook page, click here! For her filmography on IMDB, click here!
Posted by Unknown at 8:43 PM